The 2020 WSACE Professional Development conference took place February 5-7 at the Suncadia resort in Cle Elum, WA. The 2020 conference focused on the legal, risk, and liability issues public works employees face on the job.

The 2019 WSACE Annual Conference was held June 18-20 at Semiahmoo Resort in Blaine. Thanks to Whatcom County for being such gracious hosts and sharing this beautiful part of the State.

Festivities kicked off Tuesday, June 18th with a golf outing at Dakota Creek Golf and Country. The four teams played a scramble format and if stories are correct there was indeed quite a bit of scrambling going on.

The WSACE Board met Tuesday late afternoon to go over the next day’s business meeting agenda in which the primary topic was a dues increase proposal.

The conference officially started with the WSACE Business meeting. 29 Counties reported as present and although there was no official votes that took place we had a quorum. We started the meeting off with the announcement of the election results in which Josh Thomson, P.E., of Okanogan County was elected Secretary/Treasurer and Scott Yaeger, P.E., of Adams County was retained as Eastern District Rep.

The President’s report highlighted the main activities of the year which was helping get our new Managing Director, Jane Wall, familiarized with our organization. Truth be told, Jane just needed the slightest of nudges and she was off and running. Her regular updates from the legislature were extremely informative and helpful, in addition to her advocacy for County Engineers.

A discussion on WSACE’s current dues structure and the imminent negative balance we face by next year if we continue with the same dues was held. A comparison of our current dues, in which we received approximately $135,000 per year from all Counties, and a proposal to raise to the ultimate amount in which we’ll be solvent, $240,000 per year, was shared for discussion purposes. Dues have remained at the same level for 12 years. The Board will bring options to the membership at the November meeting to vote on a new allocation structure to try to reduce some of the burden on the larger populated Counties and propose a more equitable solution, perhaps based on system size instead of population. The topic of vendor or sponsor participation was brought up as many other state associations utilize this to help fund them.

President-Elect Eric Pierson, P.E., of Chelan County notified the membership that we are in negotiations with two locations for next year’s professional development conference. The options are either returning to Suncadia or holding it in Leavenworth. We hope to have the 2020 contract signed soon.

The Eastern and Western District reports highlighted the district roundtables that were held in March. SWOT exercises were held at the district roundtables in perpetration of the Strategic Planning Retreat that was held at the end of March. There were six key operating success goals and key actions for 2019-2021 that came out of the retreat and the Board is committed to move these forward and get some real results.

The remainder of the conference was filled out by various presentations ranging from agency reports, project presentations, and a presentation on National Association of County Engineers (NACE) by National President Tim Hens, P.E., of Genesee County, NY and NACE Executive Director Kevan Stone. An informative session by Tom Jameson of WDFW and Jon Brand of Kitsap County on the Fish Barrier Removal Board highlighted the Thursday lineup.

This year’s conference, like all of the conferences WSACE puts on, was a great way to collaborate, network, and spread the word on the importance of local roads. 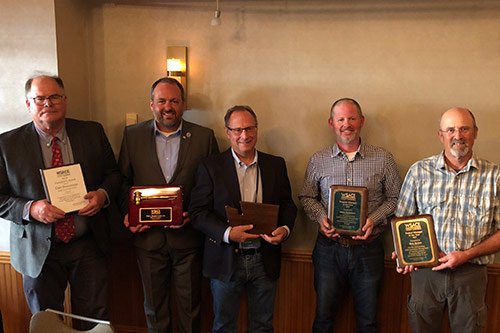 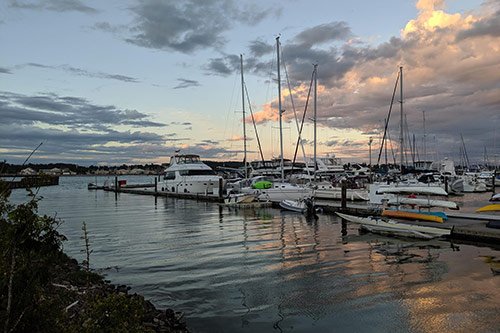 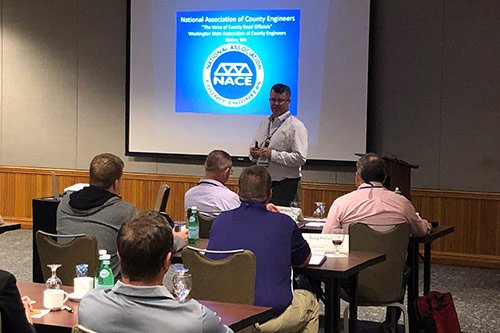 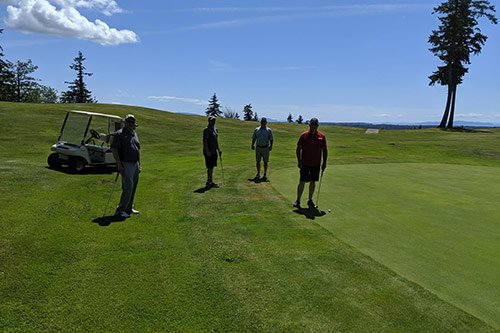 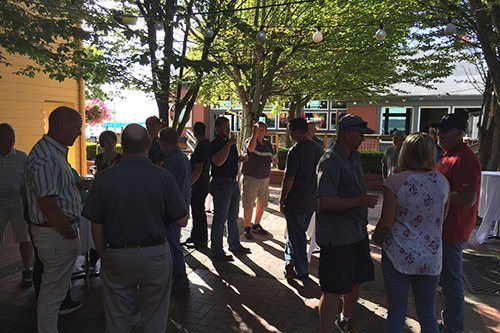